English translation is under construction ...


ABOUT US
Kunsthal Kongegaarden is an exhibition and concert house located in the central part of Korsør near Slagelse. From being a regional place of art and music, Kongegaarden is in the middle of developing into an international, professional and multiaesthetic artplatform with time actual exhibitions, concerts and events, and citizen-involved communication and teaching.

Kongegaarden is also in possession of the Isenstein collection that consists of over 7000 artworks, which the artistic management maintains, teach about, and reactivates in close work with the current art.

The longterm goal is, that Kongegaarden will be marked as an essential international art and culture institution that is not only a joy for the local citizens, but also puts the entire western Zealand on the artistic map.

Kongegaarden is a place of 1500 square meters and is divided on three floors. The basement contains the archive with the Isenstein collection, an office, a kitchen, and a big showroom with square tiles on the floor. The first floor consists of a foyer, a couple of showrooms, staff office, a small artist apartment and an exit to the balcony and garden. The second floor consists of a big artist apartment, the kings room, and a concert room with room for 100 sitting guests.

Besides all that, Kongegaarden is now also in possession of a 275 square meter big industrial room in the iconic old glassfactory in Korsør. The room is to be used as both an exhibition space for experimental contemporary art, and as an atelier for artists who we offer an artist-in-residence stay.

Kongegaarden is supported by Slagelse Kommune.


HISTORY
Kongegaarden located in Algade 25 in Korsør is one of Denmark’s most essential civil rococo houses in the province. It was already listed as protected in 1918 and appear as the first complete architectonical processed building in Korsør, which in the 1700’s had less than 1000 citizens living in mainly Algade and Slottensgade.

According to the inscriptions tape in the distinguished foyer covered with dark wooden panels, the stylish building was built in 1761 by the merchant Rasmus Langeland, who’s plan was to receive money from royals and other nobles who were waiting for good weather to travel across the great belt (Storebælt).

A couple of years before, in 1759, Rasmus Langeland had been granted permission to run an inn, in the rented property next door and his new house in number 25 was in 1766 rewarded with a special permission to host distinguished guests who would be able to eat, and if necessary, spend the night. His place was named “Store Værtshusgaard”.

Among the prominent guests, who also plays a big role in Denmark’s history, was King Christian VII who dined and stayed the night at Kongegaarden in 1767. His Queen, Caroline Mathilde, also stayed at Kongegaarden in 1771 with her lover Johann Friedrich Struensee, who were the king’s physician-in-ordinary and had immensely power in the King’s service. The following year, the Queen was banished to the city of Celle in Germany and Struensee was beheaded.

Rasmus Langeland’s farm had perhaps seemed quite impressive and was also complimented by the numerous travellers, including the government. With his many adjacent buildings used for stables, stores and various other companies, together with homes for the farms staff, it was a magnificent centerpoint in Korsør’s busy daily life.

The building had to serve as both a merchant’s farm and an inn. It consisted of 132 half-timbers in total. According to a deed from 1776, the windows all had blinds. The building had seven windfurnaces (vindovn), three two-way furnaces (bilæggerovne), an in-built oven in the kitchen, eight winemakers in the basement and a winecloset with shelves in it.

With the help from experts from the Danish National museum, the house went through a thorough renovation and restoration in 1901-02, by architect Aage Langeland-Mathiesen, who was a descendant from Rasmus Langeland. Many of the current decorations are from those years, which will count, for an example, the wall paintings in the foyer of dancing fauns, by the acknowledged stone carver Marius Hammann (1879-1963) who painted them.

The porch in the gable towards south is also from this reconstruction that the owner at that time, Thorvald Pedersen, was behind. Kongegaarden was in the the Pedersen family’s possession for 99 years from 1869 to 1968, where it was sold.

With continuously changing owners, the building decayed significantly in the 1980’s until Korsør commune and the Kongegaarden association in cooperation saved the residence and handed it over to the Kongegaardsfonden who since 1993 have run the house as a center for art and music. In 1997, the fond finished two free apartments for an artist and a musician and the facades four statues was renewed in 2005.

Today the rococo house has become a progressive exhibition hall with picture- and soundart, concerts and a huge collection of the works by Harald Isenstein.


THE ISENSTEIN COLLECTION:
Our Isenstein collection contains over 7000 works of the German sculptor and art teacher, Harald Isenstein. He was born in Hannover, Germany in 1898 and died in 1980 in Denmark. The main part of the collection consist of watercolor paintings and drawings but also reliefs, sculptures, and almost a hundred busts. Among them a portrait of Albert Einstein, Magnus Hirschfeld, together with known Danes like her majesty Queen Margrethe II, Niels Bohr, Karen Blixen, Martin Andersen Nexø, Victor Borge, Anker Jørgensen and many others.

Korsør Commune (Now Slagelse Commune) received in 1987, every single one of Isensteins abandoned works from his widow, from his second marriage, Olga Marie Bonnevier. Dragør Commune was originally offered the collection in 1985, but it was hard to find suitable rooms for a permanent storage opportunity for the whole collection, which is why they had to decline the gift. Ever since 1992, the collection have been placed in Kongegaarden who both maintains it and expands the knowledge of Harald Isenstein’s work through communication and several exhibitions.

HARALD ISENSTEIN
Harald Isenstein was born in 1898 in Hannover, Germany. Before he had reached the age for attending school, his family moved to Berlin. He was enrolled in a privateschool, which was built off of the idea that the children during their first years of school, wasn’t supposed to learn how to write and calculate, but instead only play. Harald’s special talent for drawing and modelling was quickly discovered and he was practically considered a wonderchild.

The artistic life in Berlin
In 1917, Harald Isenstein was accepted to attend “Die königliche Akademie der Künste”(The royal academy of art)  in Berlin, but would have to interrupt his studies to become a soldier in World War 1. Most of his soldier friends fell at the frontlines. But according to stories, Isenstein avoided service at the frontlines, when his commander wanted a bust of himself.

That became Harald Isensteins salvation, and in 1919 he could resume his studies. Together with Käthe Kollwitz, Ernst Barlach and many other famous artists, he was an active participant in Berlins flourishing artistlife, until the Nazis came to power. It was also in that period, where he would gain a reputation with, among others, a famous bust in 1924 of the world-renowned physicist Albert Einstein.

The escape to Denmark and Sweden
As a German Jew, Harald Isenstein, together with his wife Hildegard, had to escape from Berlin in 1933 when Hitler came to power and unfortunately, a large part of his works as a youth disappeared. The destination was Denmark as his mother’s family was from Copenhagen. Besides that, he wasn’t completely unknown here for those who had followed his artistic life in Berlin. The free exhibition gave him a well deserved welcome by inviting him as guest in 1934.

In 1937-1939 he had an exhibition on the artists autumn showcase and he documented his talent by executing a line of portraits of prominent Danes. In “Art Index Denmark” and “Weilbach’s artist encyclopaedia” you can read the following.“He was inspired by Archipenkos abstract experiments In his younger days, but left them behind again quickly for a more natural sculpture style. Isenstein has made a long line of portraits of prominent personalities, where it’s primarily the individual attributes. He has also worked with both drawing and etching, and especially the motive of musicians in action has appealed to his pencil.”

During the war, he had to escape to Sweden where he made a name of himself with an all around pedagogical business. He returned home to Denmark in 1945 and became a Danish citizen in 1947.

Isenstein the educator
The interest in humans and to teach was big for Harald Isenstein. He had earlier been a teacher in different artschools in Berlin, and he belonged to one of the first teachers to be hired at the Bernadotte school in Denmark, when it was founded in 1949.

It didn’t last long before he threw himself into an all around pedagogical business. Not only meant for artstudents, but also meant for schoolteachers, children and amateurs.

He had such an encredibly moving guidance you rarely get to experience, and he founded his own artschool at Frederiksberg. He took Radio and Television to his teachings and has both taught on Denmarks Radio and on German Television ARD.

Isenstein’s special skill for communication also came to light on writing. Among these, was the instructive and beautifully organised little book called “Play with clay” which he published in several languages. The all around pedagogical business caused that Harald Isenstein’s own works were rarely shown to the public. However, in the newspapers it was told about his activities like the refugee monuments in Helsingborg and Jerusalem, and some sculptures and portrait busts around the world.

The Isenstein collection
Despite that Harald Isenstein lost the biggest part of his work as a youth in Berlin and many bigger works were lost, he still left, at his death in 1980, a very meaningful collection behind. His collection was managed by his wife from his second marriage, Olga Marie Isenstein (Later Bonnevier), until the local association of the Isenstein collection took over the responsibility of management in 1988. The collection has shown to consist of more than 7000 artifacts, busts, sculptures, drawings, watercolor paintings, graphics, oil paintings, models, sketches and many others. It has yet to be completely registered. 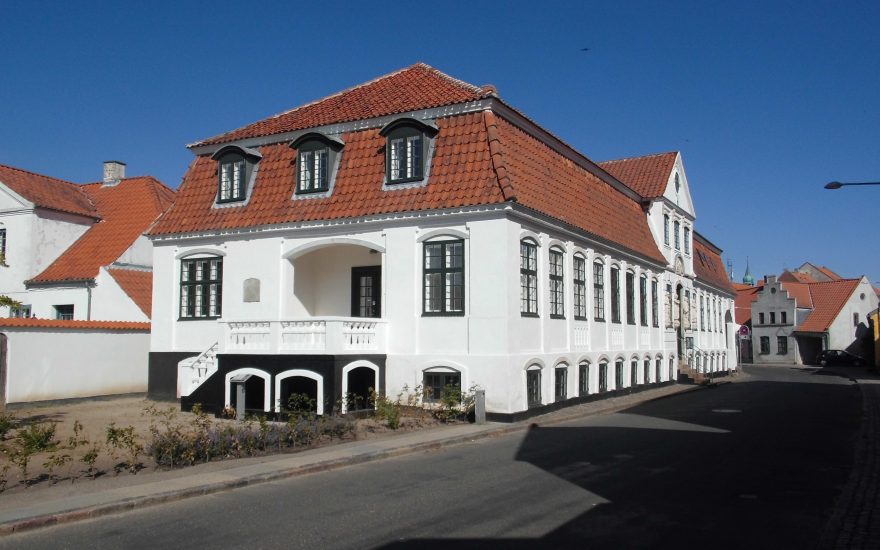 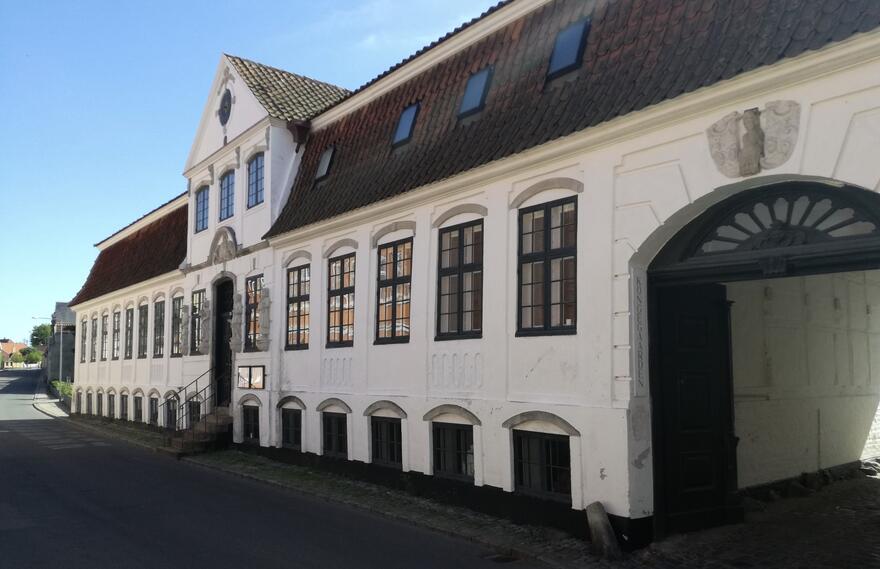 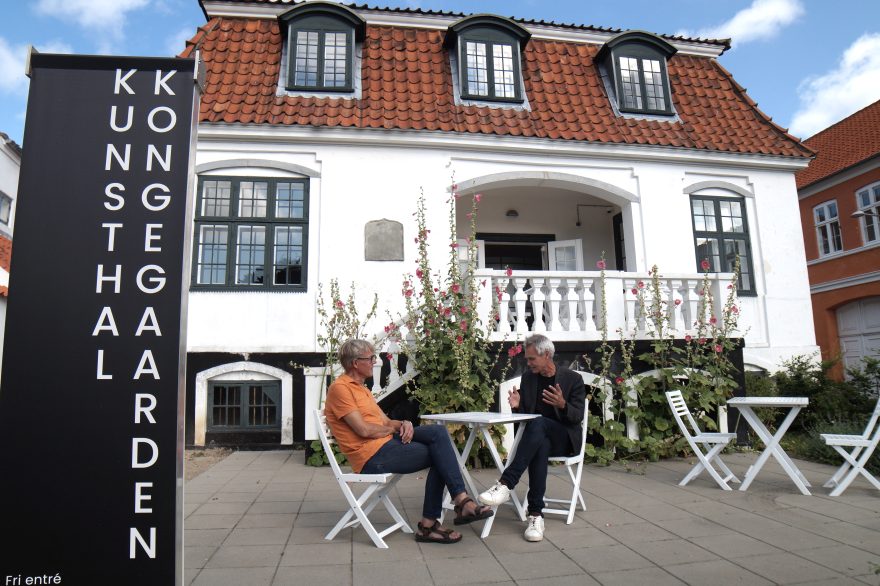 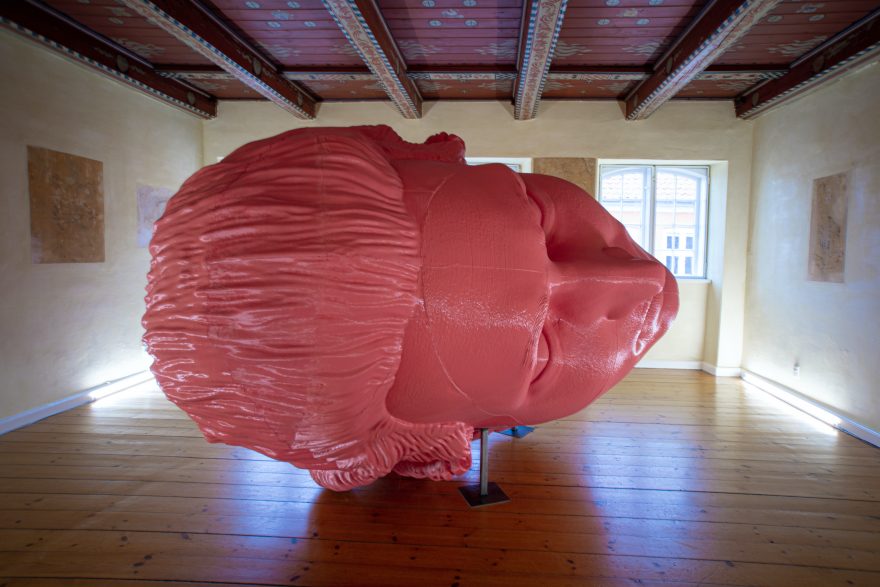 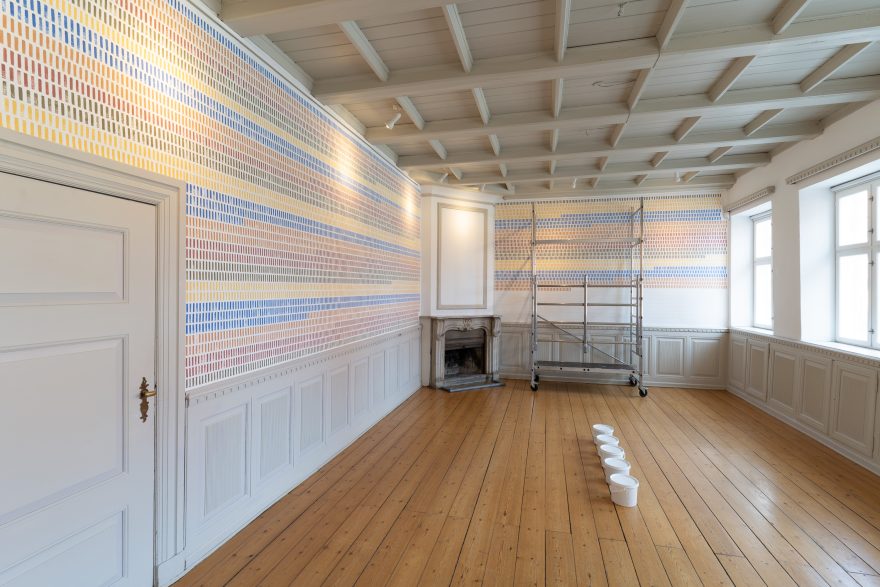 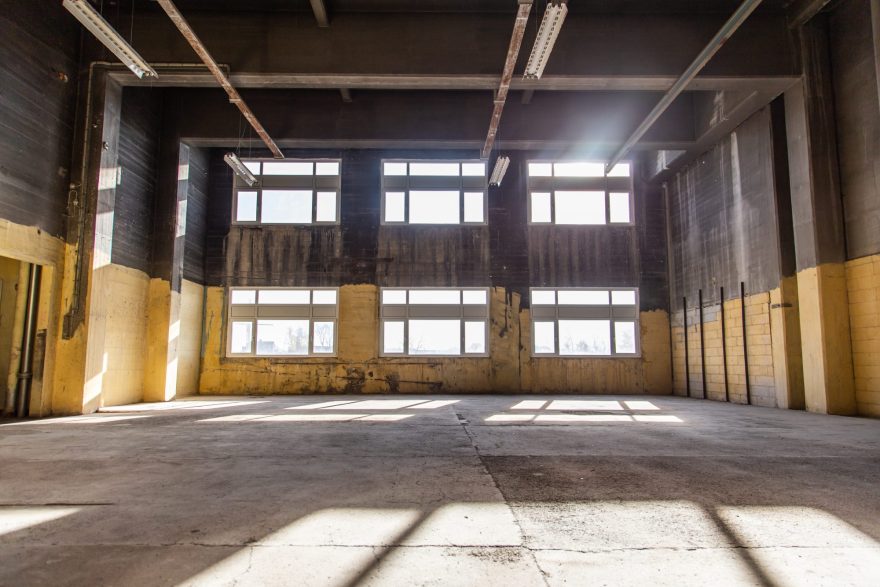 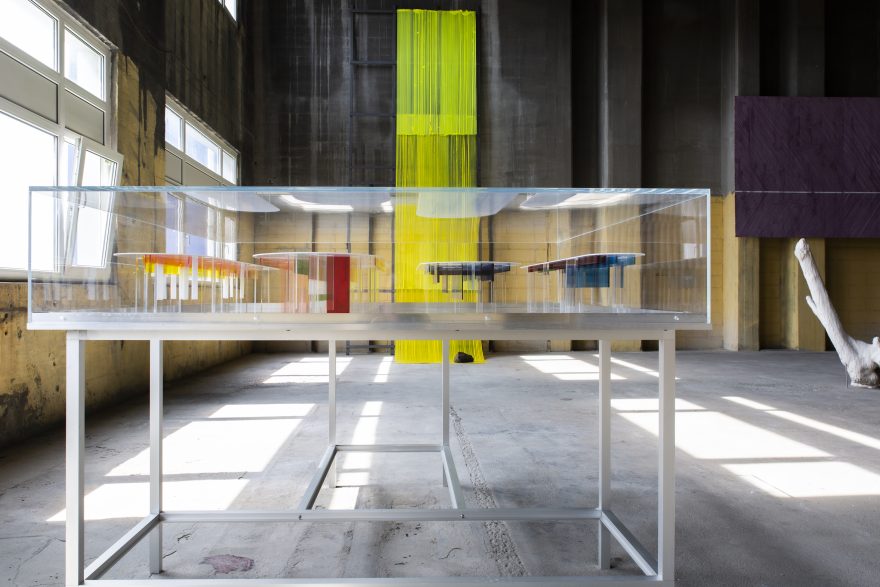 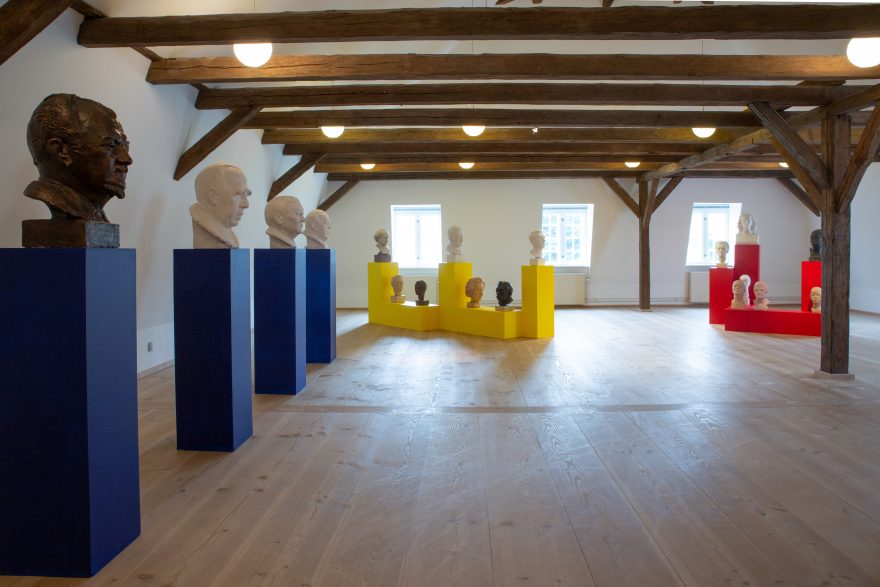